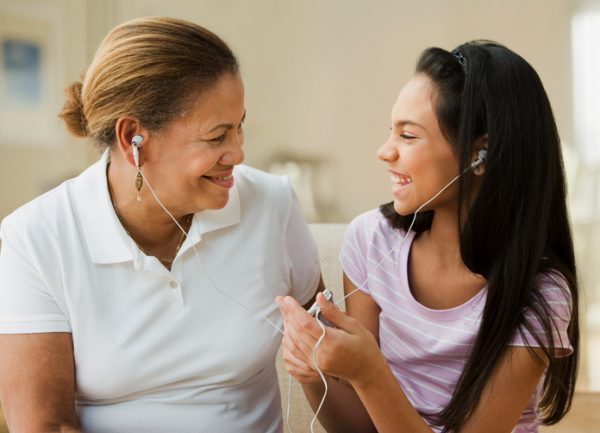 $1.5 trillion.  That is the buying power of the Hispanic consumer – the largest minority market in the U.S.  According to the Selig Center for Economic Growth, this group’s economic clout has grown 203% since 2000, which makes it one of the fastest growing consumer markets here in the U.S.  This group represents nearly 18% of the country’s population.

Advertising to ethnic audiences was once considered an afterthought.  However, as the buying power of Hispanic consumers continued to increase, its importance as a target audience for advertisers grew.

Among Hispanics, there are passion points or connections that align with the culture – family, music and food. Perhaps that is why Grocery is one of the top categories where Hispanics are more apt to spend their money, according to the Selig Center.  Additional categories that capture this segment’s spending are clothing, cellphone services and vehicle financing.

When it comes to media usage, radio is the top medium to reach this group, tuned in to by 42.3 million Hispanics weekly – and used more than any other media option. 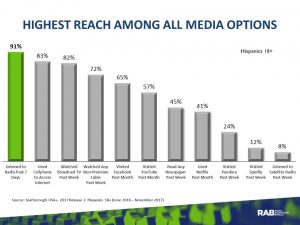 Among those categories that Hispanics focus more of their dollars on, according to Scarborough radio reaches Hispanics 18+: