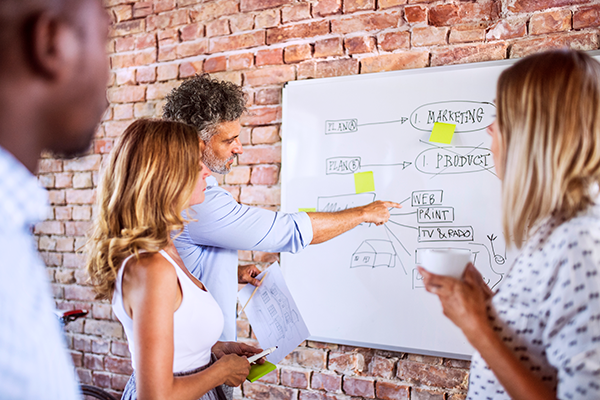 To understand the crisis facing local media companies, two things are worth knowing about local radio buyers. They are:

Let that sink in.  They are buying more, from fewer companies.

The big question is, who’s being cut, and why?  (If you’re not into reading, jump to the very last sentence for the answer.)

You’ll find clues in the RAB’s 7th annual digital-revenue benchmarking report, published earlier this month, that is available to RAB members.  The 43-page report focuses on how radio advertisers view digital marketing and how stations are responding. The goal is to help stations understand how much they could be/should be making from digital sales.

This post holds an insight you won’t find in the report.

OK, let’s figure out who’s being cut.  We’ll start with a few facts from Borrell’s surveys of more than 10,000 local advertisers over the past three years.  In 2016, local businesses that were surveyed bought an average of 5.5 different types of media in a given year.  Three years later, it’s 8 different types.  The mix might include radio spots, direct mail inserts, a yellow pages ad, social media ad, Google keywords, TV commercials, banner ads, billboard, streaming audio, etc.

Clue #1:  The types they are adding are mostly digital marketing products, but not exclusively.

The next fact to know is that they’re trimming the number of media companies they buy from in any given year, from 5 to 3.5, on average.

Clue #2:  90% of advertisers buy digital media along with traditional media in campaigns.

Clue #3:  Digital advertising is commoditized.  Virtually all traditional media companies are selling it.

Put all of that together, and it becomes clear that advertisers want to buy from a company that can sell them a package of traditional media and the digital media products that they crave.

That really shouldn’t be news to anyone.  Pretty much everybody would agree with that statement.

So why, then, did we find this statistic in the latest benchmarking report:  On average, 25% of a radio station’s customers are buying digital products from the station.  Conversely, nearly all radio buyers (97%) who were surveyed said they were buying some form of digital advertising.

That’s another set of statistics that we need to let sink in.  Virtually all radio buyers are buying digital, yet 75% of the average station’s customers aren’t buying digital from the station.  Wow.

And therein lies the opportunity.  Radio is a fantastic driver of digital action, as proven by the software programs that link an advertiser’s website traffic to its radio schedule.  A spot airs, traffic rises.  Simple as that.  You won’t see the same from billboards, newspaper ads, or direct mail.  Radio combined with digital is one of the clearest marketing examples I’ve seen where 1+1=3.

Advertisers are looking for a friendly, knowledgeable media company to help them with their marketing.  They aren’t looking to buy just radio, or TV, or email marketing, or billboards.  They’re looking for help navigating what has become a very confusing marketing landscape.  The sales rep who goes in pitching radio (or TV or outdoor for that matter) as being bigger and better than any other type of media will suffer the same fate as a suitor who does all the talking on the first date.

There’s an opportunity here for the radio industry, and it’s a big one. Imagine that most of your customers are buying a product that you’re selling, but they’re not buying it from you.  Imagine that they’re probably spending at least twice as much money on that product as they are on broadcast spots.  (Our survey of 1,175 radio buyers shows an average annual expenditure of $27,871 on radio advertising and $65,295 on digital advertising.)  There’s an opportunity if I ever saw one.

Conversely, for buyers, imagine that you’re buying digital products from an SEO (search engine optimization) company or someone selling audience-extension banners across multiple websites.  Doesn’t it make sense to dovetail the campaign with all marketing, and doesn’t it make sense to use radio as the megaphone to any digitally-focused campaign?

Sure, it’s an opportunity.  But I actually prefer that the radio industry see all of this as a threat.  Opportunities are optional, threats spur action. Getting threat-motivated will require looking at the cold, hard facts in a dispassionate way.  It will require looking at some fact that might be a bit scary, too.  And all of that will take time.

Answer: The ones being cut are those looking for shortcuts to the process.