Thursday, June 4, 2020 is one of Radio’s most important events of the year.  It’s the annual Mercury Awards, the only competition exclusively devoted to radio to encourage and reward the development of effective and creative radio commercials.

In this edition Erica Farber, President & CEO of the RAB speaks with Robin Fitzgerald, Chief Creative Officer BBDO Atlanta and recently named 2020 Chief Judge for the Mercury Awards.  She shares her thoughts on why these awards are so meaningful, how you know when Radio advertising is done right and leading the charge for 2020. 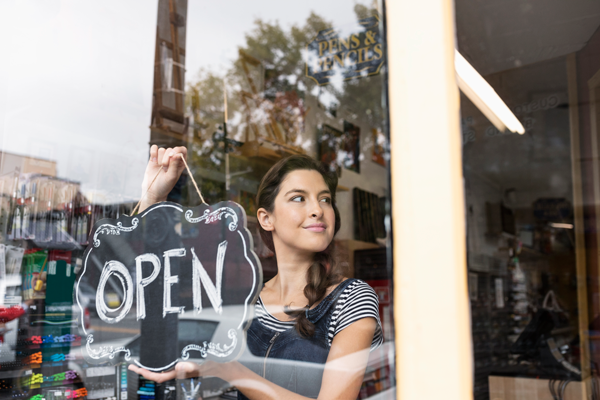 The job of a General Sales Manager continues to change.  With revenue growth and revenue enhancement at the top of the list of responsibilities, today’s GSM must equally stay focused on managing for change while coaching and leading their teams in new and different ways.

Erica Farber is the President & CEO of the RAB and in this edition she speaks with David Greene, one of the General Sales Managers for Entercom in St. Louis.

Whether it be leading integrated campaign development that can be executed across multiple platforms or coming up with creative and actionable sales solutions, it is about maintaining a positive outlook and having a clear understanding of how success will be measured.

It is no secret – audio is hot!  And the need for great, effective radio commercials is even hotter.

In this edition, Erica Farber, President and CEO of the RAB speaks with Dan Price, President of Oink Ink Radio, a creative radio services company. Busier than ever and  with 27 years under their belt, they continue to focus on producing attention-getting radio advertising that secures and maintains the listener’s interest and ends with rewarding them for their time.

Over the next 20 years, the U.S. population will be comprised mostly of multi and intercultural individuals according to U.S. Census population projections.  This growth is attributed to the increase in the number of Asian, Blacks/African Americans and Hispanics/Latinx in the country and is being viewed as the catalyst of brand and revenue growth by advertisers and marketers alike.

Combined, these groups are projected to yield a buying power of $4.7 trillion by the year 2020 – up from $3.8 trillion in 2017, according to Nielsen.  Despite this projection, the dollars spent to target and advertise to  multicultural consumers remain relatively low.  While 37% of the U.S. population was comprised of Asian Americans, African Americans and Hispanic Americans in 2018, only 6% of advertising and marketing dollars were targeted to these segments, according to a study compiled and presented by Dr. Leo Kivijarv of PQ Media at the 2019 ANA Multicultural and Diversity Conference.
END_OF_DOCUMENT_TOKEN_TO_BE_REPLACED

Gen Z refers to the generation of individuals born between 1996 and 2010. Representing over 25% of the U.S. population, this is a generation raised entirely on the internet and social media. They are beginning to enter the workforce and they are a desired demographic as consumers of our products and services.

In this edition, Erica Farber, President & CEO of the RAB speaks with Mark Maben, General Manager of WSOU 89.5 in South Orange, NJ. Owned by Seton Hall University and operating for 71 years, this non-commercial station is managed by a team of nine students who report into Mark and is staffed with an additional 120 students from the university. This year Seton Hall University had a record number of students attend the Radio Show as part of the Student Scholar Program and, just as important, they are seeing an increased level of interest from the students in the overall audio space.