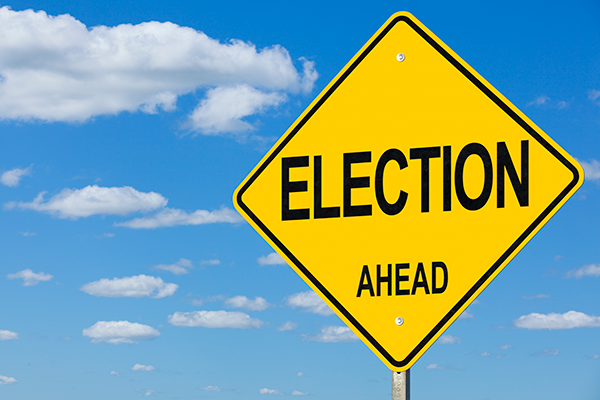 In June, I posted two RAB blog posts regarding the upcoming 2020 elections. I stated that PQ Media is forecasting $8.33 billion is going to be spent by candidates and their PACs, as well as by special interest groups supporting/not supporting ballot initiatives or referendums. Radio was predicted to do well, fueled by candidates targeting multicultural audiences.

Since preparing that post, a few things have happened, most notably:

As a reminder, in the blogs posted in June, PQ Media used an analogy of the Democratic candidates (see list below) as a football team, placing leading candidates in scoring positions like quarterback, running back and wide receivers; possible upset candidates into the defensive secondary and tight end roles; most of the others as linemen digging in the trenches; and the weakest candidates on the special teams. There has been some shuffling since the blog was written.

Swalwell quit the team a few weeks ago and Hickenlooper is dropping out to run for the Colorado Senate seat as this blog went to press. Two candidates were added to the roster—former Pennsylvania House of Representatives member Joe Sestak and California hedge fund manager Tom Steyer, among the most vocal critics of Donald Trump before entering the race. Of the six candidates (Biden, Buttigieg, Harris, O’Rourke, Sanders, Warren) associated with scoring positions (e.g. quarterback, running back, wide receivers) five remain the leading candidates, with only O’Rourke being moved to another position based on weak fundraising (under $10 million) after the first debate. Warren is attempting to usurp Sanders as co-captain, rising in the polls while Sanders falls, but Biden remains the frontrunner despite a few verbal gaffes since the second debate. Harris and Buttigieg were both given a boost by the first debate, although Harris slipped a little after the second debate, and Buttigieg was among the top vote getters during the informal “Corn Kernel” poll at the Iowa State Fair during the Aug. 10-11 weekend.

The third tier of candidates are the four individuals that have met the qualifications to be included in the third debate in September as of Aug. 15: O’Rourke, Booker, Klobuchar and Yang. Some pundits would include Castro in this list since he has met the requirement of donors, but not polls.

No other candidates have met either the donor or poll thresholds, thus the fourth tier of candidates would include those candidates who raised at least $1 million during Q219: Inslee, Bennet, Gillibrand, Bullock, Gabbard, Williamson and de Blasio. Moulton also raised over $1 million but has not been included in either held debate. Thus, he would be included in the last tier of candidates that also includes Ryan, Delaney, Messam, Gravel, and newcomers Steyer and Sestak.

There is no indication that any candidate is considering dropping out of the race. Numerous political operatives have suggested that certain candidates polling near the bottom drop out of the race to take the lead in other races just as important to the Democratic Party, such as a vulnerable Senate seat. Others believe that some candidates might drop out after the 3Q19 and/or 4Q19 FEC filings are released, which show fundraising has not exceeded $20 million for the year, making it difficult to fund marketing and the everyday expenses of running a campaign, like paying salaries.

The one unifying factor for the Democratic Party is finding the candidate most likely to defeat Trump in 2020. Each major candidate (top-nine currently in the third debate) has strengths and flaws. For example, Biden is among the most moderate candidates, which gives him a boost in reaching the purple voters—Democrats and independents who voted for Trump in 2016—but his age, questionable past behavior, and recent verbal gaffes might be considered a liability in the general election. Political consultants worry that Warren and Sanders will split the liberal vote enough to let another candidate win but think both have the “street smarts” to battle Trump in the trenches better than Biden. Until there are only a few viable candidates left and a clear winner is chosen, fundraising will remain muted, despite the record breaking total for 2Q19, as individuals and companies hold back large donations to SuperPacs, not wanting to waste the financial contribution to a candidate who fades quickly in the early months of the primaries.

On the Republican side, Trump raised $68 million in 2Q19, more than triple all Democratic candidates other than Buttigieg, who raised almost $25 million. Weld raised less than $1 million. More importantly, a number of potential viable replacement candidates took their hats out of the ring, such as Jeff Flake, Larry Hogan and Mitt Romney.

What’s currently missing is any viable independent or third-party candidate like Gary Johnson and Jill Stein from the 2016 elections, who combined received almost 6 million votes. (Note: Hundreds of other candidates, including write-ins, garnered nearly 1.5 million votes). No one has made a formal announcement as an independent/third-party candidate, although Ballotpedia names U.S. House of Representatives member Justin Amash (MI) and former CEO of Starbucks Howard Schultz as two “potential” independent candidates.

During next week’s post, I will cover issues, events and state of the economy as well as review where radio fits in this still to early prediction.