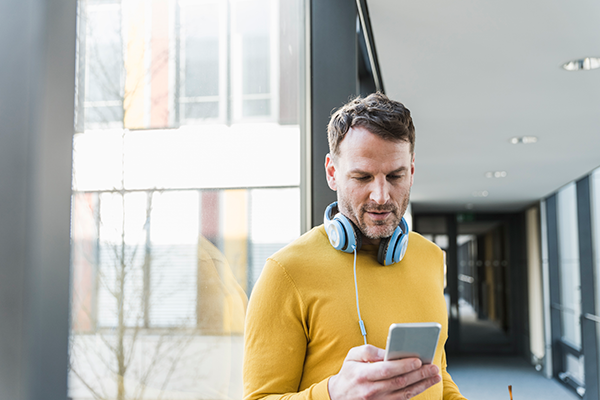 Results. That’s what all advertisers want from any media channel they use. Radio has proven that it can drive in-store traffic and online traffic but what about phone traffic? Despite all the tech options available today, many consumers like to make their initial inquiry to a business over the phone. But using a random phone number on radio makes it incredibly challenging for listeners to remember how to reach the advertiser they just heard. That’s where vanity phone numbers come in.

While phone calls seem like an unusual way to determine results, there are still advertisers that successfully experience positive results when using a phone number to increase their sales – also known as direct response.

When it comes to direct response advertising on radio, using an unforgettable vanity phone number is one of the best ways to get big results. One advertiser saw its sales increase 8x after adding 1-800-IDEAL-YOU to its radio ads. Before using 1-800-IDEAL-YOU they had used less memorable numbers like 844-323-THIN, shortcodes, and websites.

But nothing came close to the response they received using 1-800-IDEAL-YOU.

The idea of using a vanity phone number might seem a little passé in the era of the internet, AI and self-driving cars but their effectiveness is directly attributable to their ease of memorability and how they place consumers in direct contact with advertisers. That’s why vanity numbers on radio generate 58% more calls than random phone numbers. And when it comes to consumers’ ability to recall URLs compared to vanity phone numbers, URLs are 78% less memorable than vanity phone numbers.

The effectiveness of vanity phone numbers is bolstered further by the simple fact that communicating by voice is faster, easier, and more effective than typing into a smartphone.

Calls are the gold-standard in lead generation, outside of face-to-face, nothing compares. In fact, calls are 10-15 times more likely to generate a successful sale or follow-up activity than digital form submissions, which only convert 1% to 2% of the time, which means calls are much more efficient at generating revenue.

Many people will point to the uptick in web traffic an advertiser receives after its spot has run as an indication that radio works. But that data only tells a partial story. What that data does not tell you is how much more business you could have gained. Over 80% of people use search instead of entering a URL, so consumers are often exposed to items that run counter to the advertiser’s interest such as competitor ads and websites. Advertisers are aware of this possibility and attempt to combat it by running a pay-per-click (PPC) ad simultaneously with their radio campaign. A quality vanity number can provide substantial savings to radio advertisers by allowing them to bypass many of the obstacles found online.

Once online, the listener will begin to enter their search query and the web browser will then make suggestions in the search bar with its autocomplete feature. These suggestions can present the listener with common search terms about the advertiser and its competitors. Once their search query is submitted, the results will present several different messages which may include the radio advertiser’s own PPC ad along with their competitors. The listener may also encounter competitor websites, review sites, websites recommendations, etc.

There can also be confusion over whether the site the listener found is the one that belongs to the radio advertiser. (For example, I personally made this mistake when I searched for a roofing company names Oakes Roofing. I had entered Oaks Roofing instead.) 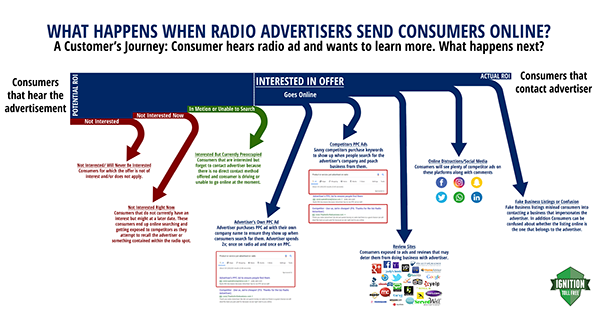 The path for a listener to become a customer can be longer online compared to a vanity phone number. Imagine a plumbing company advertising on radio with 1-800-PLUMBING. When the listener hears that ad, the path for them to connect with the advertiser is simple and direct, all they have to do is dial and press send.

Radio’s strength is in driving awareness, traffic, and sales. Radio, combined with the use of vanity numbers, has proven to drive interest and sales – eight times.